Jim Dugoni | University of the Pacific Skip to main content 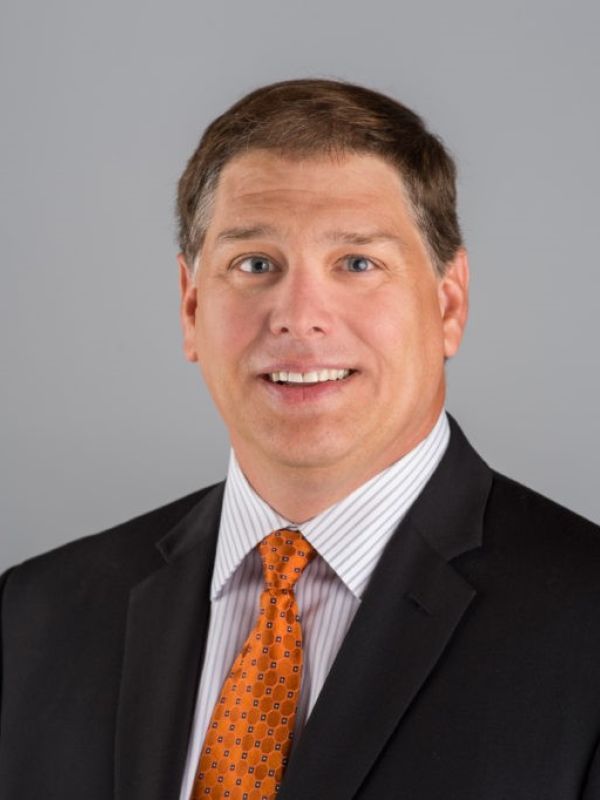 Jim Dugoni is the youngest of seven children born to Dean Emeritus Art Dugoni and his wife Kaye. Originally hired at Pacific in 1996, Jim spent 21 years working in a variety of progressively responsible roles on the Stockton campus in annual giving, major gifts and planned giving. He initially spent seven years overseeing Athletics Annual Giving, then four years as Director of Annual Giving for the entire University, followed by six years of doing Major Gifts work for Pacific Athletics, and then four years in the Office of Estate & Gift Planning.

A 1986 Pacific graduate with a BSBA degree in business administration, Jim spent the first 10 years of his career in the Bay Area, including two years doing marketing and sales in professional women’s volleyball, four years as a regional ticket manager for the San Francisco Giants, and then four years in the Office of Development at Stanford University.

Jim completed a master's degree in sport management from the United States Sports Academy in 1990, before earning a master's degree in higher education administration from Stanford in 1993. He also received his Certificate in Fund Raising Management in December 2013 from The Fund Raising School (TFRS) at Indiana’s Lilly Family School of Philanthropy, and became a Certified Specialist in Planned Giving (CSPG) in December 2016 by completing year-long classes at the American Institute for Philanthropic Studies at Long Beach State University.

Jim and his wife Lisa, a UOP-educated speech-language pathologist, have two adult sons: Tyler, a social media marketing manager, and Jack, a mechanical engineer who became the 13th member of the Dugoni family to graduate from Pacific in May 2019.